The last three months have been a whirlwind for many coastal retailers as they deal with the challenges of the COVID-19 pandemic. Store owners have been scrambling to build ecommerce sites and to implement safety protocols. Not only was Madeleine Philipp, owner of Sea La Vie and Cavalier Gift Shop in Virginia Beach, dealing with those struggles, but she was also working on opening a third store.

The second Sea La Vie location opened May 20 inside a new Marriott hotel in Virginia Beach. The store was originally supposed to open in April, but construction delays due to the pandemic pushed the open date back.

The first weekend of June was the first weekend of business for the new store. Philipp was surprised at the positive response the store has already received. The store traffic that weekend was just as busy as the existing store in the heart of Virginia Beach.

“I actually had several customers staying at the new Marriott, and they were so happy to see my store inside the hotel,” she says. “It was really surprising to me. I guess you don’t realize how many people come back to Virginia Beach every year and go to their favorite stores.”

But opening the store in the middle of a pandemic has had its challenges. She is still waiting on inventory. “It’s been really tough to get orders in. A lot of companies had to close down or didn’t ship,” she says.

The store is about half full with merchandise, according to Philipp. She is also still waiting on a cooler from Coca-Cola so she can sell beverages to hotel guests.

On top all the work that goes into a new store opening, Philipp also had to keep her other two stores afloat, juggling cashflow and bills that were due. Luckily, she says, her landlords and vendors were understanding.

Philipp says she was “forced” to set up an online store to help with orders. She also had to temporarily shut down Cavalier Gift Shop. She used the closure to deep clean the store and rearrange furniture displays. She was a recipient of the Paycheck Protection Program, so when those funds came in, Philipp was able to hire back her staff and reopen.

All the stores have also added safety protections, including sanitizing touch screen point-of-sale systems after each transaction, sanitizing hands and surfaces regularly, and requiring employees and customers to wear masks. The number of people allowed into the store at one time is also limited. Rules are posted on the entrances encouraging people to look with their eyes and avoid touching every item. They can ask staff for assistance, instead.

“I am going to have to say this was one of the most stressful times of my life. Trying to open a store in the middle of this when your cashflow dried up was a struggle to say the least,” Philipp says. “It’s been a crazy couple of months and I’m glad we are finally working our way out of it. Business has definitely picked up again.”

She is also viewing the difficulty in getting merchandise in as a positive sign that the economy is improving. “Business at the oceanfront is picking up again and it gives me hope that despite everything that is going on, we might still have a good summer,” she says.

Read more about Madeleine Phillips and her Virginia Beach stores in the cover story “Daring to be Different" available in the Spring 2020 issue of Seaside Retailer. 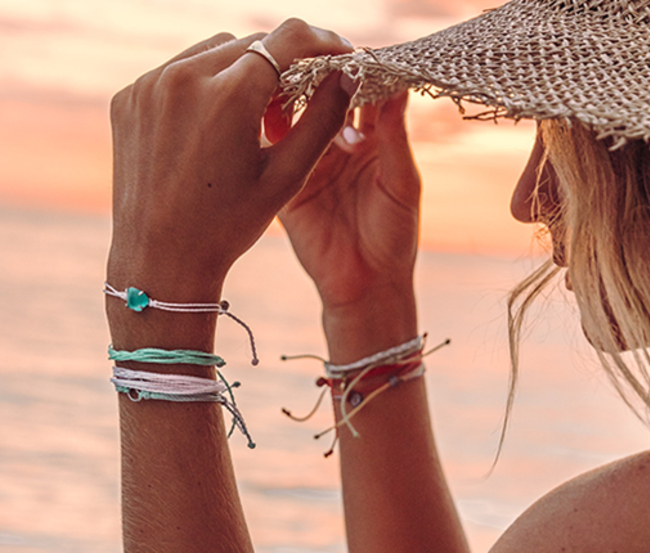