Holiday season sales expected to grow up to 8% over last year. Retail sales grew again in October as consumers set aside concerns about inflation and many got a jump start on the holiday season, the National Retail Federation reported on Nov. 16.

“October retail sales data confirms that consumers continue to stretch their dollars on household priorities, including gifts for family and loved ones this holiday season,” NRF President and CEO Matthew Shay said. “With a strong labor market and excess savings, we are expecting a solid five-day holiday shopping weekend, and retailers are prepared to meet their customers with the right inventory, competitive prices and great experiences. We are keeping a close eye on the railway labor negotiations and urge Congress to do everything in its power to avoid a labor strike this holiday season.”

“October’s performance is a strong foothold as we go into the holiday season,” NRF Chief Economist Jack Kleinhenz said. “Spending has gradually slowed but remains solid. Consumers continue to show resiliency despite elevated inflation, rising borrowing costs and widespread macroeconomic uncertainties. With employment and wages growing and shoppers accessing accumulated savings, we expect the trend to continue. Early holiday deals that enticed customers appear to underly the October numbers and more promotions will be seen in November and December, which are historically the big holiday shopping months.”

The U.S. Census Bureau said overall retail sales in October were up 1.3% from September and up 8.3% year over year. In September, sales were flat month over month but up 8.6% year over year.

NRF’s calculation of retail sales – which excludes automobile dealers, gasoline stations and restaurants to focus on core retail – showed October was up 0.7% from September and up 6.5% unadjusted year over year. In September, sales were up 0.5% month over month and up 7.9% year over year.

NRF’s numbers were up 7.7% unadjusted year over year on a three-month moving average as of October. Sales were up 7.5% year over year for the first 10 months of the year, keeping results on track with NRF’s forecast that 2022 retail sales will grow between 6% and 8% over 2021. NRF forecast earlier this month that sales during the holiday season – defined as November through December – will also grow between 6% and 8% over 2021.

October sales were up in all but two retail categories on a yearly basis, led by online sales, building materials stores and grocery stores, and increased in five out of nine categories on a monthly basis. Specifics from key sectors include: 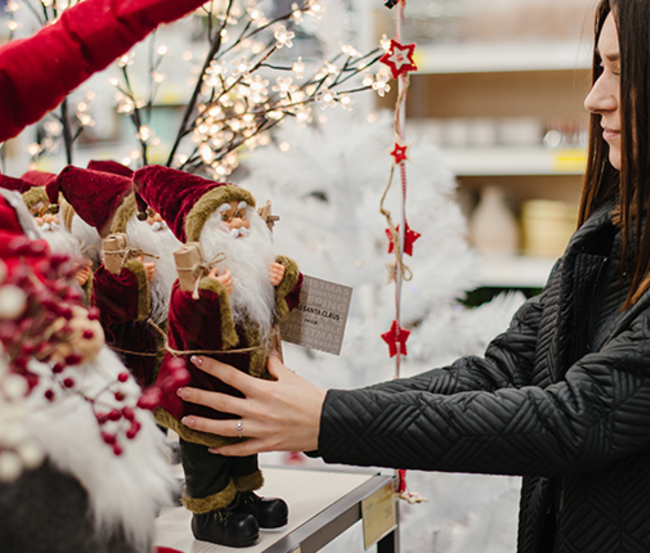 10 ways to make a splash with social media
Business