Here is some useful information you can share with your customers on endangered sea life. 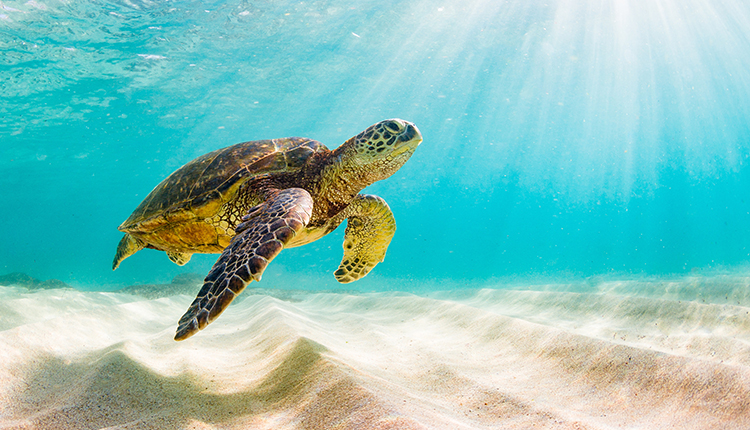 Manatees inhabit rivers, bays, canals, estuaries and coastal areas rich in seagrass and other vegetation. They prefer warm waters above 70 degrees Fahrenheit and feed on a wide variety of underwater vegetation. Natural threats include changes in water temperature that cause cold stress and toxic algae blooms. Human related threats are habitat loss, accidental entanglement and boat strikes. Manatees are very susceptible to cold stress when the coastal water temperatures drop below 68 degrees Fahrenheit. Other reasons for rescue include boat strikes from distracted boaters or entanglement in marine debris. Green Sea Turtle

Green sea turtles inhabit many of the subtropical and tropical coastal waters around the world in areas of lush underwater vegetation, such as seagrass beds. Young green sea turtles feed on crustaceans, fish and vegetation. Adult green sea turtles feed almost exclusively on seagrass and algae. Green sea turtles need rescuing for both natural causes and human interaction, including injuries from boats, entanglement from pollution and disorienting lights for nesting mothers and hatchlings. Natural threats include diseases and cold stuns.Great White Shark

White sharks live offshore in deep coastal waters around the world. This apex predator has a diverse diet consisting of big fish like tuna and rays, pinnipeds, cetaceans, birds and even other sharks. Overfishing for teeth and trophies, bycatch and habitat destruction threaten all sharks. Bycatch is the accidental capture of animals outside of the target animal that occurs in large commercial fishing. Sharks keep our waters healthy by the prey they consume and are an important part of the food web. North Atlantic Right Whale

North Atlantic right whales live in coastal waters, but also travel far offshore when migrating. Right whales feed by opening their mouths and filtering out plankton from the water through their baleen. They migrate annually from their feeding grounds to their calving grounds. Injuries from boats, marine debris entanglement and acoustic disturbances are common threats that North Atlantic right whales face. Their migration routes are close to major ports along the coastline, making right whales vulnerable to collisions with ships.North American River Otter

North American river otters spend about half of their time on land and half in freshwater environments. Their diet consists of fish and invertebrates like crabs and crayfish. River otters are most impacted by habitat destruction and water pollution because they rely on two environments for survival. Rescued otters often come into the Marine Life Rescue Center as babies if they stray too far from home or their family. Otter kits separated from their mothers must learn necessary skills for survival to be ready for release.
Bottlenose Dolphin

Bottlenose dolphins live in coastal waters and the open ocean, eating a diet of fish, squid and crustaceans. Natural threats are predators, parasites and diseases. Human impacts on dolphins can include bycatch, pollution, harassment and habitat destruction. Bycatch, the accidental capture of animals outside of the target animal, occurs in large commercial fishing. Injuries from boats, marine debris entanglement and acoustic disturbances are common reasons for rescue. Acoustic disturbances can interfere with a dolphin’s ability to echolocate, which is how a dolphin hunts for food.

The information in this article was provided by Marine Life Rescue Project. MLRP was created to support the mission and funding to Clearwater Marine Aquarium Research Institute, a nonprofit organization working to rescue the ocean and the life that inhabits it through the global work of its team of marine biologists, researchers and scientists. The goal of MLRP is to build awareness on the critical need to rescue our ocean and to generate revenue towards the rescue and research of our oceans through fundraising and conservation outreach, rescuing marine animals and researching solutions to save the oceans for the future of our planet.