After a rocky start to the season, beach lifestyle and boardsports retailers have a booming summer. 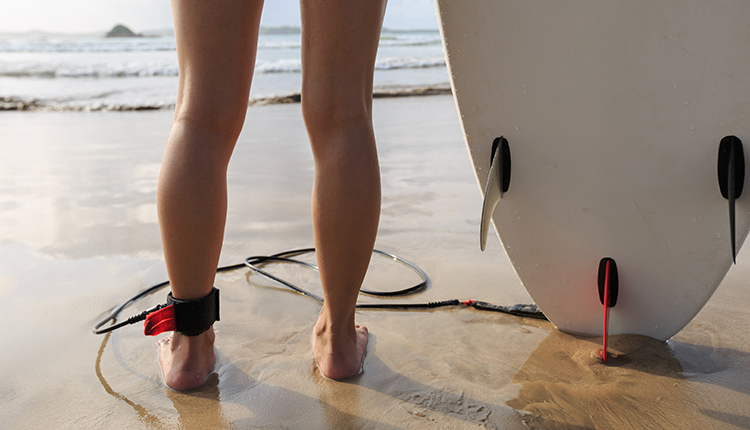 Surf Expo Connect kicked off Sept. 16 with a keynote presentation that was anything but doom and gloom.

“It’s been a pretty crazy year,” said Roy Turner, Surf Expo show director. “The pandemic has provided some uncertain times for all of us, but we are a pretty resilient bunch and able to make the most of any situation.”

He said in speaking with many retailers over the last couple of weeks, the industry is coming off of a great summer season. It seems more people want to take advantage of outdoor activities like surfing, wakeboarding and fishing.

“Anything having to do with water, or the beach are having great sale-throughs at retail. Our community has seen tons of new participants and customers are embracing local retailers,” he said.

Tiffany Montgomery of the website Shop Eat Surf checked in with some retailers for a first-hand look at how they were faring during the COVID-19 pandemic and what they are predicting in the future.

Reflecting back to March, many retailers had to close, and people weren’t buying. Some retailers took advantage of the shutdowns to take inventory and remodel.

Debbie Harvey of Ron John Surf Shop, said of the store’s 12 East Coast locations, “We stopped business on a dime and it was during our high season, Spring Break, right in the middle of Beach ‘N Boards Fest. We closed all our stores, and at that point our inventories were extremely high and we didn’t know when we were going to be allowed to reopen so it was very stressful.”

Customers at WRV, a surf shop in Virginia Beach, Virginia, weren’t looking for party shirts or dresses in March, they just wanted some loungewear and exercise type equipment, according to L.G. Shaw.

“Early on everyone just wanted to get in a skateboard or surfboard and just get some outdoor exercise,” he said.

Shaw says the store remained mildly optimistic through the worst of the lockdowns but did not anticipate how much business would pick up once things reopened.

“We definitely did not think we would see what we saw in May and June and even parts of July. It was mind-blowing,” he says.

It was the same story for Surfside Sports, Costa Mesa, California.

“When we opened the doors it was like the grand opening of our store. People came back in droves,” said Duke Edukas of Surfside Sports. The store was selling out of body boards, surf boards, towels and Yeti coolers.

Until the pandemic, the biggest month for sales for Buywake.com in Kennesaw, Georgia, was December of 2007, but that record was shattered.

“From May to July, we doubled that total every single month,” said Lee Elliot of Buywake.com.

Gary Rubin, of Ron Jon Surf Shops said anything related to the beach or being outside performed well after the stores reopened: surf boards, skateboards, hard goods, sunglasses, beach towels and swimwear “were really strong,” he said.

“As soon as the beaches reopened and it got hot, swimwear was booming,” Luke Mesanco of Wanderlust Land & Sea, said.

Shorts and dresses also started selling again. According to Mensanco.

“You couldn’t keep much in stock,” he said.

Button-down shirts were the only item not selling as much, likely because of less occasions to wear them.

Surfside Sports didn’t get the back to school traffic it normally does in August. Edukas considered August more like “a second July” rather than a typical August for the shop.

August is usually the second biggest month of the year behind December, but this year the store wasn’t selling backpacks and back to school clothes like it normally would. They still did a good amount of business thought because with cyberschooling, kids are finding more time to hit the beaches and outdoors.

“I am hoping that September is another July. Some of the best weather we get in California is in September.”

He’s not ruling out any back-to-school sales, but it just might be later in the year.

“Hopefully people are responsible and we keep the rate of infection down, the schools will reopen and we have a back-to-school in October.”

As for the rest of the year, many retailers are optimistic as there have been record bookings for driving destinations. It is the fly-in only tourist spots like Hawaii that face stronger long-term consequences from the pandemic. Some retailers are also struggling to get in hard goods to keep up with demand.